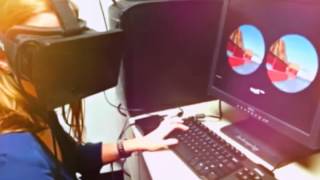 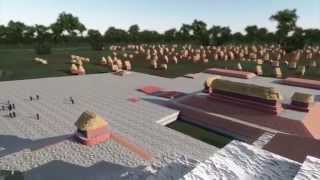 As this year's Five College Postdoctoral scholar of Digital Humanities and Blended Learning, I challenged my Hampshire College class to produce virtual reality representations of ancient beliefs systems for the class Anthropologically Critiquing Reality. Influenced by the “Ontological Turn,” this class explores how ontological and metaphysical systems shape societies around the world. For a semester-long project, Hampshire college students learned to use VR tools while independently researching ancient Maya or Pompeiian metaphysical beliefs. More specifically, students were asked to represent and characterize how metaphysical beliefs and ontological assumptions are located in cultural landscapes by producing a short research paper and a virtual reality representation of an ancient belief that would be presented to the class.

While exploring ancient metaphysics and learning VR modeling tools, students were expected to:

Metaphysics are the often overlooked assumptions regarding existence, reality, and being.

Creating the VR environment is an immersive learning experience that pushes the student to reflect on reality, their own being, and non-western beliefs. While learning about the construction of synthetic VR environments, students were required to reflecting on the western ontological principles that guided and shaped their actions. Each student was also required to present their VR representation to another student who would experience their virtual environment during the last week of class. When producing and presenting VR representations students were instructed to ask themselves a key question.

“How can I create a representation that can bring people closer to another ontological reality?”

Students presenting VR projects to each other in front of the classroom on a projector.

By deeply examining their beliefs, exploring those of others, while crafting an immersive learning experience for other students, the Anthropologically Critiquing Reality students at Hampshire were able to gain hands-on experience with cutting-edge VR tools, learn and articulate complex contemporary research issues and have critically memorable active learned experiences in a college classroom.

Below is an example project by Sylvia William’s that explores the concept of the Way, or co-spirit in ancient Maya culture. Using Google Tilt Brush VR, Sylvia produced a diagrammatic representation of the Maya notion of the co-spirit. Screenshots and animated versions are included below and a full VR version can be viewed on a computer or smartphone and in VR with an Oculus Rift or an HTC Vive at the following link https://poly.google.com/view/d2-jx90YDwG.

The Way in Maya Ontology

In ancient Mayan culture, interrelationships between species pervade the way

they conceptualize nature. All things including plants, rocks, landforms and celestial entities (e.g. the sun, the cosmos) possess the sacred essence known as k’uh. As K’uh describes “the most divine life force of existence” (Gomez), relationships between entities prevail as expressive links of collectiveness. Spirit companions or co-essences known as the way are connected to people through supernatural beings typically resembling an animal. Although they take the immaterial exteriority of animals or occasionally celestial phenomenon (e.g. comets, rain, rainbows), each way shares the same interiority as their respective human (Meskell and Joyce 89). They are born on the same day as the human entity and share parallel destinies. Internally similar and physically different, the way shares the consciousness of the human (Stuart 2).

Figure 2 - A representation of a snake way.

The ways in which the wayib are differentiated in painted pottery alludes to the dominant role animism plays in their ontology. While wayib are commonly marked as hybrid entities in depictions with human ornament, goggle eyes and animal features such as paws or a tail distinguishes the supernatural capacity of the being (Davies). Attention to individual way in painted scenes and texts indicates them as their own beings with ambitions and personality while being linked to human consciousness (Meskell & Joyce 89). While these two beings live separately, glyphs explicitly reveal their interconnectedness as they often resemble the conjunction of two beings into one (Fig 1). Very contrary to western ontology, the Maya saw the multitudes of beings as integral to a singular existence (Schnell).

Using Delanda’s assemblage terminology, Maya life is heavily shaped by the conceptual and physical territorialization of the way. As mentioned, paintings on pottery and hieroglyphs are coded evidence of this ontology. Further, wayib are coded by material extensions of the body. Bodily modifications such as god-eyes and animal limbs decode the impression that the human being is autonomous in the same way that adornment decodes the perception that an animal is not a way. This animistic ontology functions on a scale reaching all beings, as all things permeated k’uh, the sacred essence. Additional territorialization of the way takes place through textual practices of naming people, in particular, Maya rulers named after their way (Meskell and Joyce 90). The capacity of the co-essence’s connection with the human entity is so strong that when the way is injured or harmed, the human’s vitality is impacted similarly (Stuart 2).

Figure 3. The connection between the way and a human actor.

This ontology differs drastically from western ontology in the sense that the way surpasses our notion of taxonomy. Species boundaries influence our relationship with non-human animals and instill many degrees of separation between all living things. The disconnect between living entities is coded in the hierarchy of species placing humans as superior to all others. This belief can be traced back to the emergence of humans on the earth based on the notion that God instilled the right in us to till the earth as we please. We get by without an ontology like the way by limiting our perception on nature based on Aristotle’s early classifications of the other.

My representation of Maya ontology is inherently limited by western ontology and my own cultural relativism. I constructed my piece to represent the shared interiorities between the two entities and the characteristics recognized in a co-essence relationship. As I attempt to surpass the duelist ideology imprinted in my mind throughout my life, hindrances undoubtedly obstruct a more accurate representation of the Maya ontology. Because Mayan ontology sees equal significance in natural and the supernatural worlds across animate or inanimate beings, I can only attempt at fully exploring or understanding the way and all it encompasses.